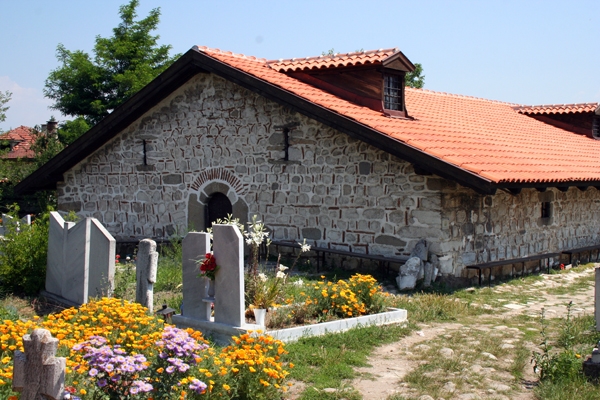 The Assumption of Virgin Mary Church is erected over the foundations of an older church building restored in 1808. Most probably a church from the ages of the Second Bulgarian State has existed here, but has been destroyed by the Ottoman invasion on our lands. If it is anything to go by some preserved inscriptions, carved and inbuilt marble blocks, we can assume that the Virgin Mary Church – in its current appearance, has been erected at the end of the 18th or the beginning of the 19th century. The interesting things here are the wood-carved iconostasis and the old icons. The wood carves are made by unknown master, and the icons are painted by Toma Vishanov – the founder of the Artistic School of Bansko.

Tweet
Published in Churches in Bansko and the area

View the embedded image gallery online at:
https://visit-bansko.bg/en/what-to-see/churches-and-monasteries/item/3959-assumption-of-virgin-mary-church#sigProGalleriaa600521b91
More in this category: « St. Trinity Church
back to top