The archeological studies across Razlog valley show that life here is well evidenced still from the Neolithic age of the 6th – 4th century B.C. The most ancient findings around Bansko date back from the bronze and early iron age /3rd – 2nd millennium B.C./.

All settlements in the municipality have been observed and more than one hundred archeological sites have been found and put on the Archeological Map of Bulgaria still in 1993. They comprise settlements, fortifications, necropoles, mounds, sanctuaries, etc.

A Thracian sanctuary of fire used for cult practices during later ages has been studied on St. Ivan hill.

During the regular archeological excavations in Karagonsko location, part of late antiquity necropolis where a Roman legionary is buried in one of the graves has been found.

During ploughing in Dobrokyovitsa location, a grave of a healer from the 2nd century is accidently found comprising the inventories required for his work.

The three early Christian basilicas from the end of the 4th and the beginning of 5th century AD found until now in St. Ivan, Shipotsko and St. Nikola locations show the early adoption of Christianity in the region. Most probably, from this time on, it starts penetrating along the valley of the river of Mesta, and in particular within the region of Razlog valley and around Bansko, where the sanctuaries of some of the first canonized saints are seen: St. St. Peter and Paul, St. Tekla, St. Varvara, etc. The lands around Bansko are officially joined to the Bulgarian State in 864 and by virtue of the Bulgarian-Byzantine contract, the lands along the upper and middle stream of the rivers of Struma and Mesta are surrendered. The complex found in St. Ivan location comprising late antiquity ceramic furnaces /4th – 5th century AD/ has probably occurred in reply to the increased demand of construction ceramics for the erection of the new cult buildings. This is the biggest production ceramic center registered in our country until now dating back from the late antiquity period (4th – 5th century), with the highest level of preservation.

Necropoles are found in the vicinity of the basilicas. In most cases, the graves are dug in the bed rock, but stone-made and lime mortar-fixed grave chambers can be seen too. The grave inventories are scarce, but the big size of buried people, some of them being 1,90 – 2,00 high, are impressive. Furthermore, we should note that all of them are buried according to the Christian customs, there are no traces of injuries and diseases, and the very use of the necroples coincides with the time of inhabitance of the adjacent settlements.

For the time being, the archeological sites in St. Ivan and Shipotsko locations are studied. Excavations in Karagonsko location and fortified settlements in St. Nikola and Sitan Kale locations continue. 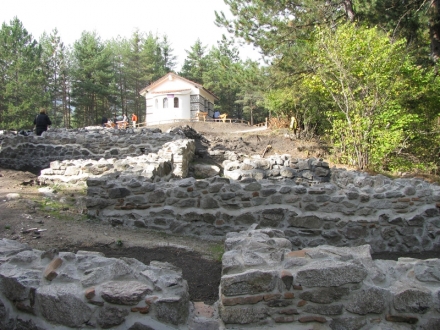 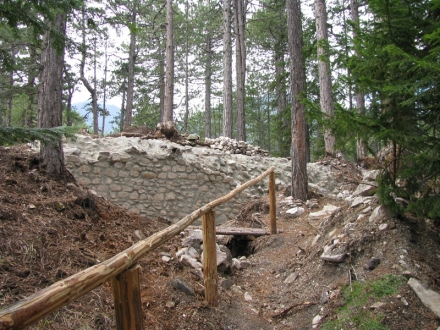